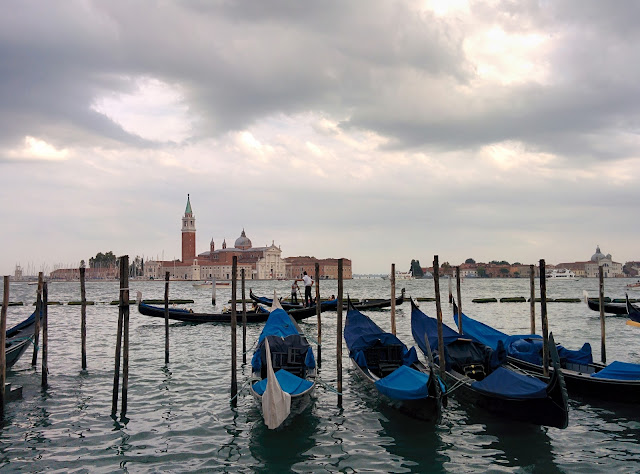 The days in Rome has gone by quickly, and although it was initially intimidating and at times chaotic, it really grew on me and I wish I had more time to stay and explore the beautiful city. Unfortunately, I only have 3 weeks in Europe, and many more places to go to.

I woke up fairly early, and took the tube back to the Termini station so that I can take my 3.5 hour intercity train to Venice.

On arrival at the Venezia Santa Lucia Train Station, I bought a Rolling Venice Pass at the tourist centre just outside the station. This pass is available for tourists under the age of 29 and at 6 Euro, allows you to buy a 3 day public transport pass at half price (40 Euro to 22 Euro) and provides discount for many museums and monuments.


I then took the water bus to my hostel Generator Venice at the Guidecca Island and checked into the hostel, before heading back to the main island to check out Saint Mark's Square.

Arriving at the stop closest to Saint Mark's Square, the area was full of tourists. Despite being heavy crowded, Venice is as charming as I imagined it to be, and definitely one of the most unique travel experiences you can have.

At the basilica, I found a very long line of people waiting to get in. Luckily, I had my day pack with me and was able to skip the line after checking in my day pack in the bag check area in the nearby church called Ateneo San Basso. (You are not allowed to bring large bags into the basilica, so you have to leave your bag in the bag check area. The claim tag for your bag can then be used to skip the line)

Although not as grand as St Peter's Basilica, the interior of the basilica was amazing (Unfortunately, I have no photos to share as no photos are allowed to be taken inside), and best of all admission was free.

After exiting the basilica, I purchased my combo tickets for Dodge's Palace and Correr Museum at the Correr Museum for 11 Euro (the Correr Museum is a good place to buy the tickets as it is usually less crowded than Dodge's Palace, and you save 5 Euros by buying it with the Rolling Venice Pass) and checked out the other areas of the square before spending the rest of the afternoon exploring the island.

Exploring the streets of Venice

One of the best things to do in Venice is to explore the streets, get lost among a maze and snack on gelato and pizza. Unlike Rome, I felt a lot more comfortable getting lost in the streets as the island is small and you'll know when you've reached the end of the island.

Aside from beautiful architecture, it was also nice to be able to get away from the crowds as you get further and further away from famous landmarks in Venice, and did I  mention the abundance of gelato and ice cream shops as you explore the city...

I had a quick lunch at Antico Forno Restaurant in Venice which serves delicious and reasonably priced pizza. This place is highly recommended if you want a quick lunch or snack though may not be suitable if you are looking for a place to sit down and relax as this small restaurant only has standing tables. 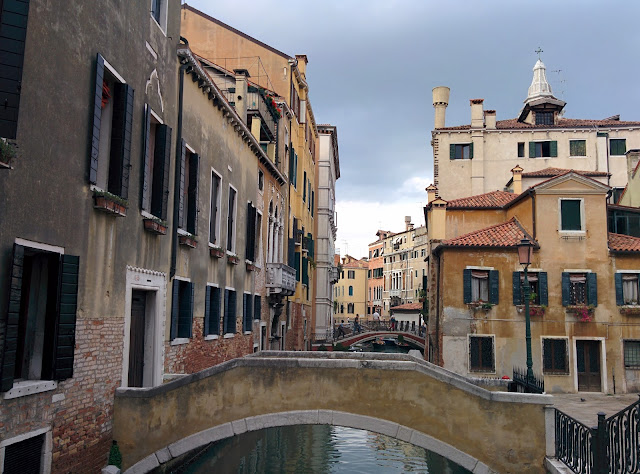 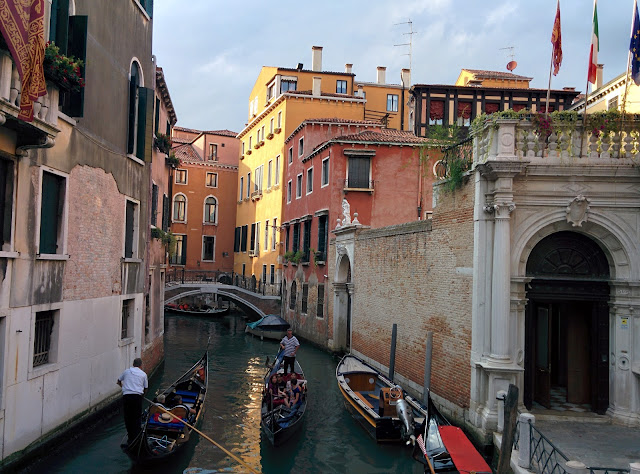 It's unfortunate that the Rialto Bridge was under maintenance when I visited, but it's nice that they've put in the effort to make the construction area look as presentable as possible. 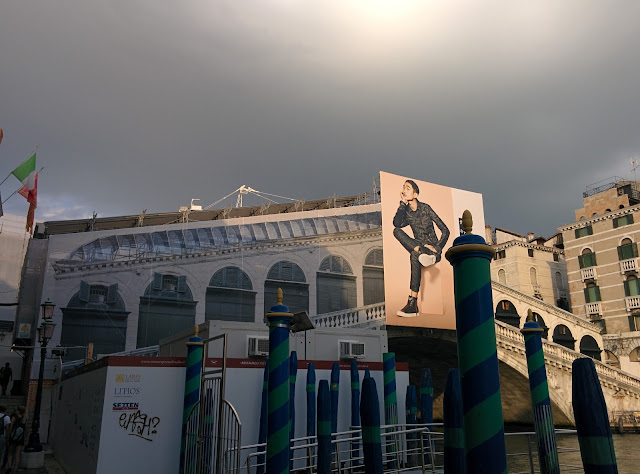 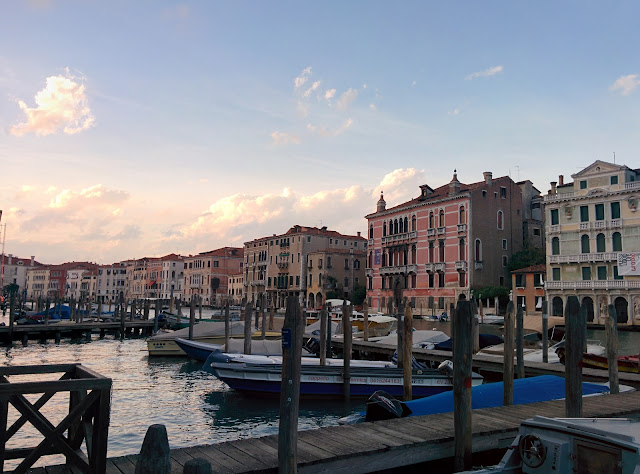 Walking the back streets of Venice made me a little hungry, so for dinner I treated myself to some nice traditional Venetian cuisine of Spaghetti with cuttlefish ink at Taverna da Baffo Restaurant. Although the restaurant may not necessarily have the best views or be the grandest in Venice, I loved eating here as it provided delicious food at a reasonable price in a cozy atmosphere away from the tourist crowds.

Whilst eating, I also noticed a few people pass by in the canals inside a kayak. That's something I didn't know you could do in Venice and I wish I had more time to try it out. That is definitely something I want to try out next time I'm in Venice.

After dinner, I made my way back to the train station to take an evening cruise of the main canal in the water bus (Line 1). As the sun set and the lights turn on, Venice becomes even more beautiful, and it is a shame that many tourists who only stay in Venice during the day miss out on a different side of Venice. 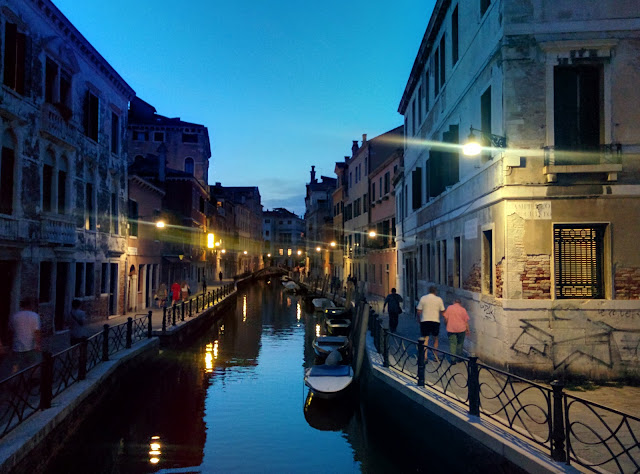 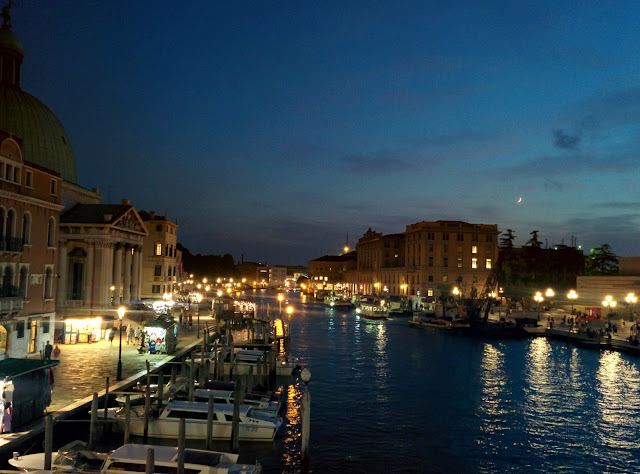 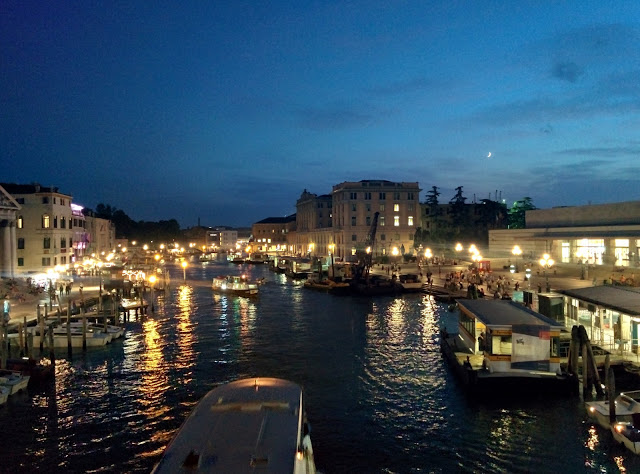 I got on the water bus at the stop near the train station. It was standing room only, but I had a somewhat decent view at the left side of the boat. 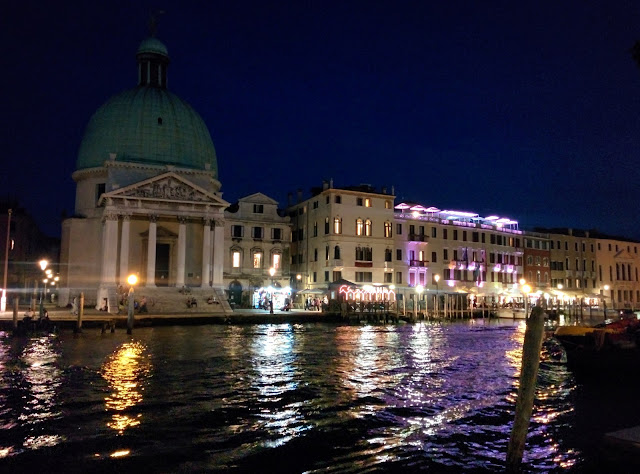 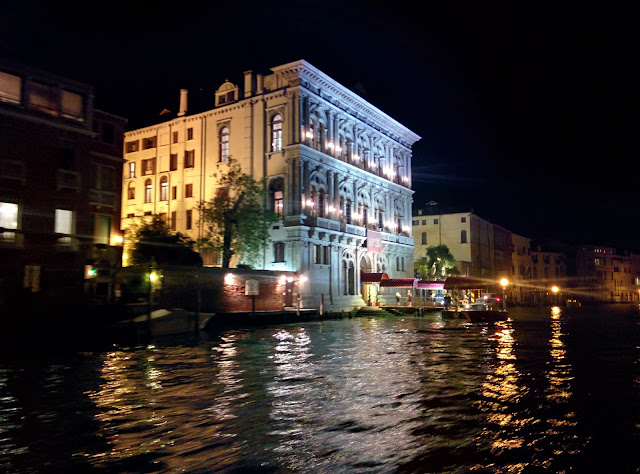 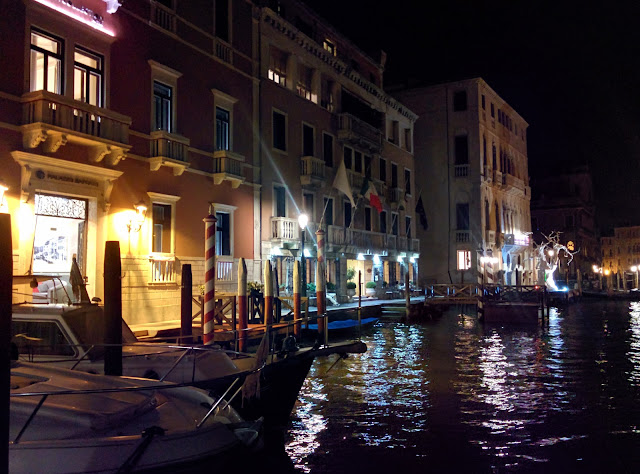 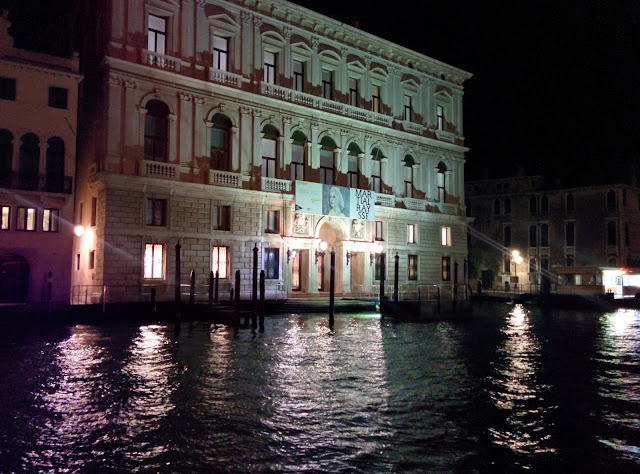 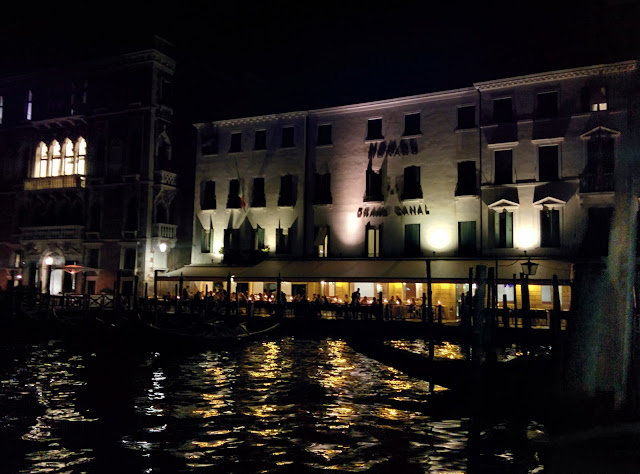 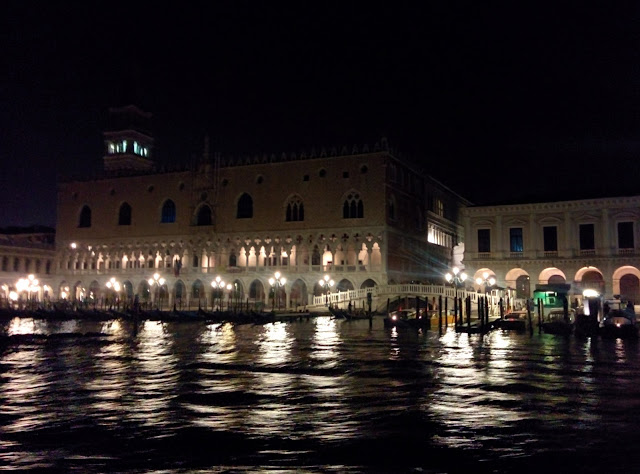 I exited the water bus near St Mark's square and observed a different scene from when I was here earlier in the day. It's remarkable how much the atmosphere changes once most of the crowd disappears and is replaced by people enjoying dinner among live music. 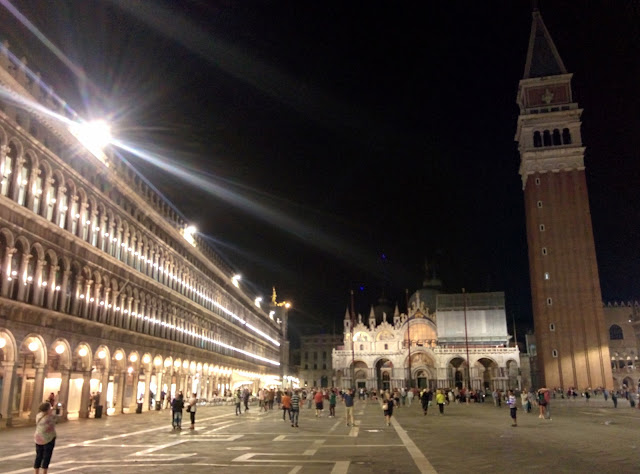 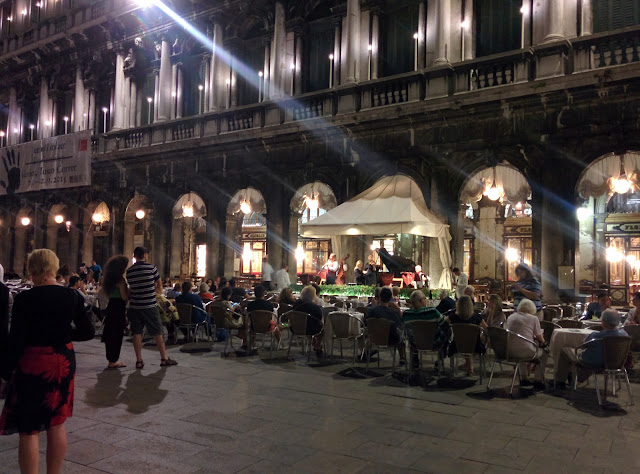 After the canal cruise, I took another water bus back to my hostel and called it a night.