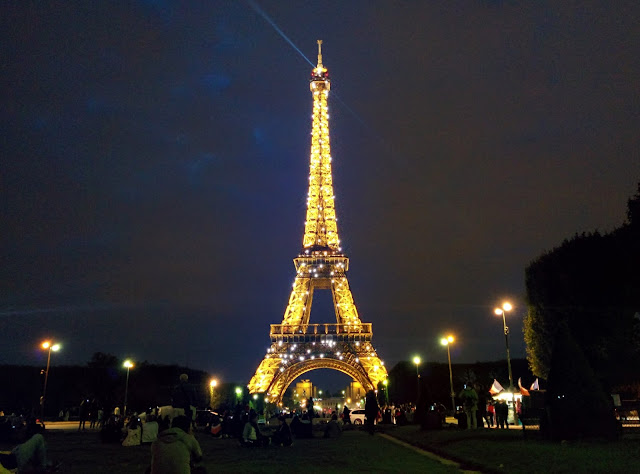 I got up at today at around 4am in order to make my 5:40am Eurostar train from London to Paris. Due to the migrant crisis affecting the eurotunnel, EuroStar required passengers to arrive 45 minutes before departure for security clearance. The walk from my hostel YHA London Central to the St Pancras Train Station took about 30 minutes, and after clearing security I was able to grab breakfast from a cafe inside the terminal.

Aside from grabbing a bite to eat, the information centre within the terminal also provides you with the option to buy a carnet (10 ride ticket for the public transport in Paris) and the Paris Pass (not to be confused with the Paris Museum Pass which they didn't sell when I was there). Unfortunately they were sold out of the carnet at the time I was there, but was told that you could also buy it inside the train for about 15GBP.

The Eurostar train departed on time at 5:45 and arrived at the Gare Du Nord Station in Paris after just a few hours on the tracks. I must say I was really impressed with the convenience and speed of this mode of travel. From the Gare Du Nord Station, I then took the metro to my accommodation to check-in (Three Ducks Hostel). The great thing about my hostel (when compared to the one in London) is that it is just 2 minutes away from a metro station.

Unfortunately, I was a little early for the official check-in time and so left my backpack in the hostel's luggage storage, and took the metro to the centre of Paris.

First stop for me is the Notre Dame Cathedral. Although there is a long line when I arrived, the line moved quite quickly, and before I knew it I was inside the cathedral.
Personally I felt the exterior of the cathedral is the best part of the cathedral, but it was still well worth entering (given that is is also free) just to see what was inside (especially the stained glass).

The 2nd stop was originally the Deportation Memorial, but it was closed so I headed over to Ile St Louis which is the small island just next to the Ile De La Cite. I wanted to try the really famous ice cream from Berthillon at #31, unfortunately it was closed as well when I walked past, so I had to settle for an ice cream from another shop (it was still pretty good). It's a pity that i couldn't try it this time but there I'll definitely be back next time I'm in Paris.

Coming out of Ile St Louis, I passed by the famous bridge with padlocks. Having seen this quite a few times in movies, it's nice to be able to see this in real life.

The other thing thing I liked about Ile De La Cite is the great views of the Seine river.

After exploring Ile De La Cite and Ile St Louis, I started making my way towards my next stop the Latin Quarter. On the way there, I took a detour through the Seine riverbank and couldn't help but admire the majestic Notre Dame Cathedral (Stairs from the Pont de l'Archevêché can take you down to the riverbank and is a great place for a picnic).

The Latin Quarter provided an interesting point of difference to the scenery in the Ile De La Cite.

After a brief walk past the Latin Quarter, I joined the huge line to get into the Sainte-Chapelle. At this stage I hadn't had a chance to buy my museum pass. (Having come here with a museum pass wouldn't have mattered anyway as this isn't one of the sights where a Museum Pass would have allowed me to skip the line. I think the reason why security is so tight is the Sainte-Chapelle is inside the same complex as the Palais de Justice). For those that have flexible schedules, I would suggest aiming to visit the Saint-Chapelle at a quieter time.

Having cleared security, I made my way to the ticket office to buy the museum pass. Luckily for me there wasn't a line to buy tickets and I was inside Sainte-Chapelle in a few minutes.

I have to say the interior of the Sainte-Chapelle is just breathtaking and definitely one of the must see sights in Paris.

Next door to the Sainte-Chapelle is the Conciergerie, with the former prison now being open to the public as a historical monument. Entrance to this building is included with the Paris Museum Pass, and when I arrived there wasn't really any lines.

It was interesting to see the difference in the living conditions between rich and poor prisoners. For the prisoners who can afford to pay the money required, they can sleep in a room with a bed as opposed to sleeping in a crowded hall which smelled bad and had no beds.

The visit to the conciergerie was enjoyable and in my opinion is definitely one of the more under-rated sights in Paris.

Having bought the ticket, I started the climb to the 1st Level. I think this experience is quite rewarding as you have to work for your views.

At the 1st level, I took in the panoramic views on offer and grabbed a sandwich from the cafe. The views from this level wasn't bad, but one of the more interesting part of this platform is the opportunity to stand on a glass floor and see directly below you.


Having had enough at the Level 1, I climbed the next flight of stairs to Level 2, and wow! the 360 degree views from this level is just breathtaking. I don't think I can quite describe what an experience being up in the Level 2 of the Eiffel Tower is so I'll let the pictures below help me describe it. 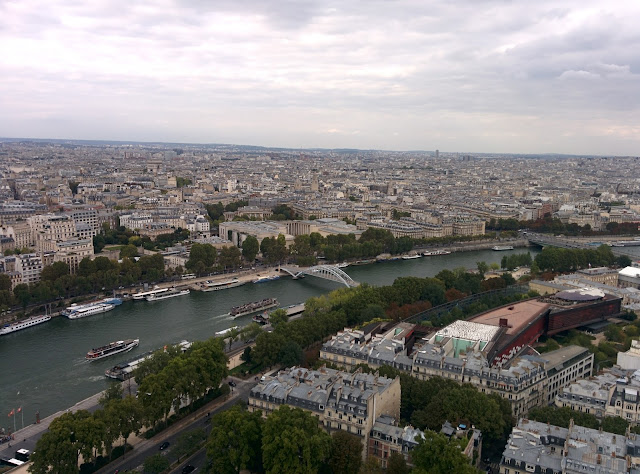 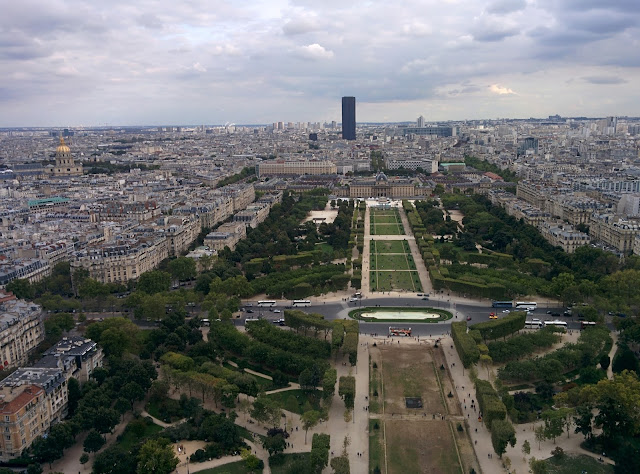 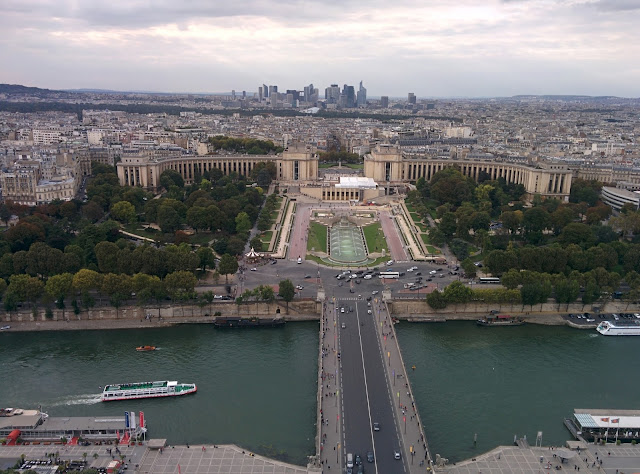 After soaking in the views, I decided to buy a ticket to the top of the Eiffel Tower. (Although I originally didn't plan to go to the top of the Eiffel Tower, in the end I felt this was a once in a lifetime opportunity). One of the things that I learnt was that the ticket office at Level 2 periodically closes depending on how busy the lifts are. So my advice to anyone wishing to buy a ticket at Level 2 is to buy it as soon as you know you are going to to the top.

Once the ticket re-opened, I bought my ticket and joined the long line for the lift to the top. On the whole, the views from the top were not as awesome as level 2 as the buildings were too small to see and it was very crowded. If you are short of time and/or budget, then I think the top of the tower is not a must see as the Level 2 offers the best views and experience, but if you are not constrained in anyway by cost or time, then it is still worth going up just for kicks.


After checking out the views at the top, I started my descent back to the ground floor, and I must say the views becomes even more amazing when the sun sets.

I finished up the evening by enjoying the light show (the light sparkles on the tower on each hour after sunset) from the Trocadero, before heading back to my hostel.


Check out the rest of my Eurotrip 2015 trip journals below: